Interview - Subjective Cognitive Decline: The vague sense of standing on a threshold 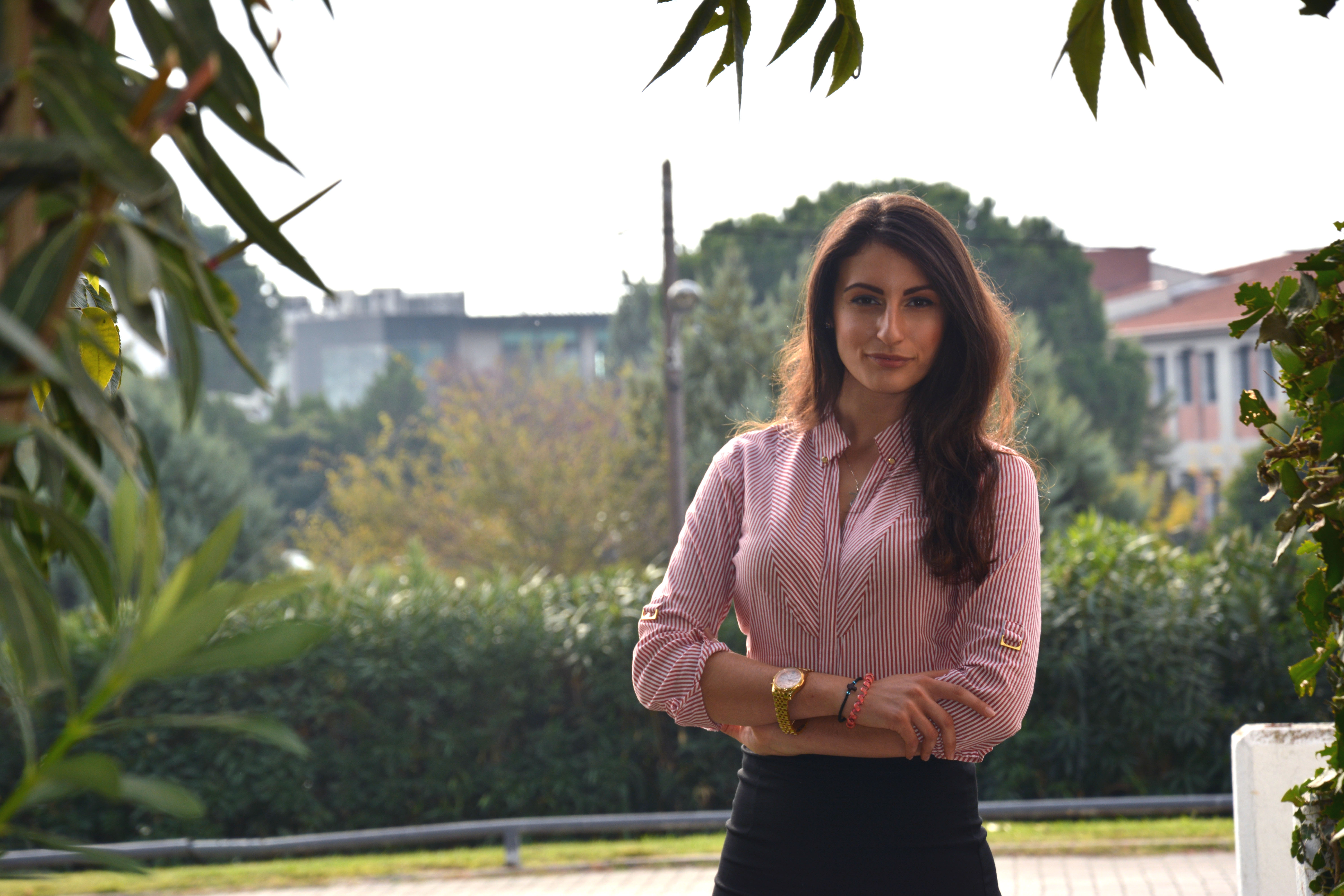 Subjective Cognitive Decline: The vague sense of standing on a threshold

Greek researchers investigated whether specific brain re-gions, which have been found to be highly activated after negative facial stimulus, are also activated in different groups of people with subjective cognitive impairment (SCI), mild cognitive impairment (MCI) and Alzheimer’s Disease (AD) compared to healthy controls (HC). The endeavor to detect the very early signs of dementia with the possibility of devel-oping interventions to slow its progression has provided the impetus for increased interest in SCI. Ioylietta Lazarou, phy-cologist—clinical researcher at the Information Technologies Institute talks about Subjective Cognitive Decline as well as the difficulty of its diagnosis.

Ms. Lazarou, Subjective Cognitive Decline, has a central position in your study. Why is it so important?

Subjective Cognitive Decline has gained great interest the last decade since it is considered as a very interesting field of study in neuroscience. In particular, the emergence of anxiety that occurs in the elderly when they start to forget while there is no organic or objective etiology has been considered to be of the utmost importance with a high predictive value for Alzheimer's disease. Just keep in mind that about 6.6% and 2.3% of individuals with Subjective Cognitive Decline are switching to the stage of Mild Cognitive Impairment and Alzheimer’s Disease respectively within a year.

Τhe study shows that SCI does not base neither on organic nor on objective indicators. How difficult is to diagnose it?

"In particular, the emergence of anxiety that occurs in the elderly when they start to forget while there is no organic or objective etiology has been considered to be of the utmost importance with a high predictive value for Alzheimer's disease

Which methods did you use while conducting your study?

All of our participants were selected with specific criteria for joining one of the four groups and tested with all required clinical and neuropsychological tests by Professor Magda Tsolaki (A 'Neurological Clinic of AHEPA) and her scientific team to categorize them as Healthy Controls, Subjective Cognitive Decline, Mild Cognitive Impairment or Alzheimer’s Disease. Inclusion and exclusion criteria as proposed by the SCD-I Working Group have been applied so that participants with Subjective Cognitive Decline are due to Alzheimer's Disease - related cognitive decline and not of other cause (e.g., Depression). Then our MKLab in CERTH - ITI, led by Researcher A Dr. Ioannis Kompatsiaris and the researchers Dr Spyros Nikolopoulos, Katerina Adam and Kostas Georgiadis, performed the examination of all participants using the high density EGI GES 300 electroencephalogram with 256 electrodes to study potential changes of brain function among groups, after the presentation of negative emotion facial stimuli. In total, we presented 34 images of human faces with negative emotions (Anger and Fear) and we seek for any differences in ground of the amplitude and latency of event related potential component N170.

"In total, we presented 34 images of human faces with nega-tive emotions—Anger and Fear and we seek for any differ-ences in ground of the amplitude and latency of event related potential component N170

Ms. Lazarou, could you share with us the results?

The results of our study showed significant differences both in response as well as the intensity of activation of specific brain areas between the healthy controls and the participants with Subjective Cognitive Decline, Mild Cognitive Impairment and Alzheimer’s Disease. Significant differences were also found in the topographic analysis, which confirmed these observations, since the severity of the disease was found to significantly affect the activation of specific regions of the brain. In particular, less activation was observed in the frontal and temporal lobe of participants with Subjective Cognitive Decline compared to healthy controls, a finding which implies that the apparent brain organization of people with Subjective Cognitive Decline is similar to the other two groups (Mild Cognitive Impairment and Alzheimer’s disease), showing intermediate values between Healthy Controls and Mild Cognitive Impairment. 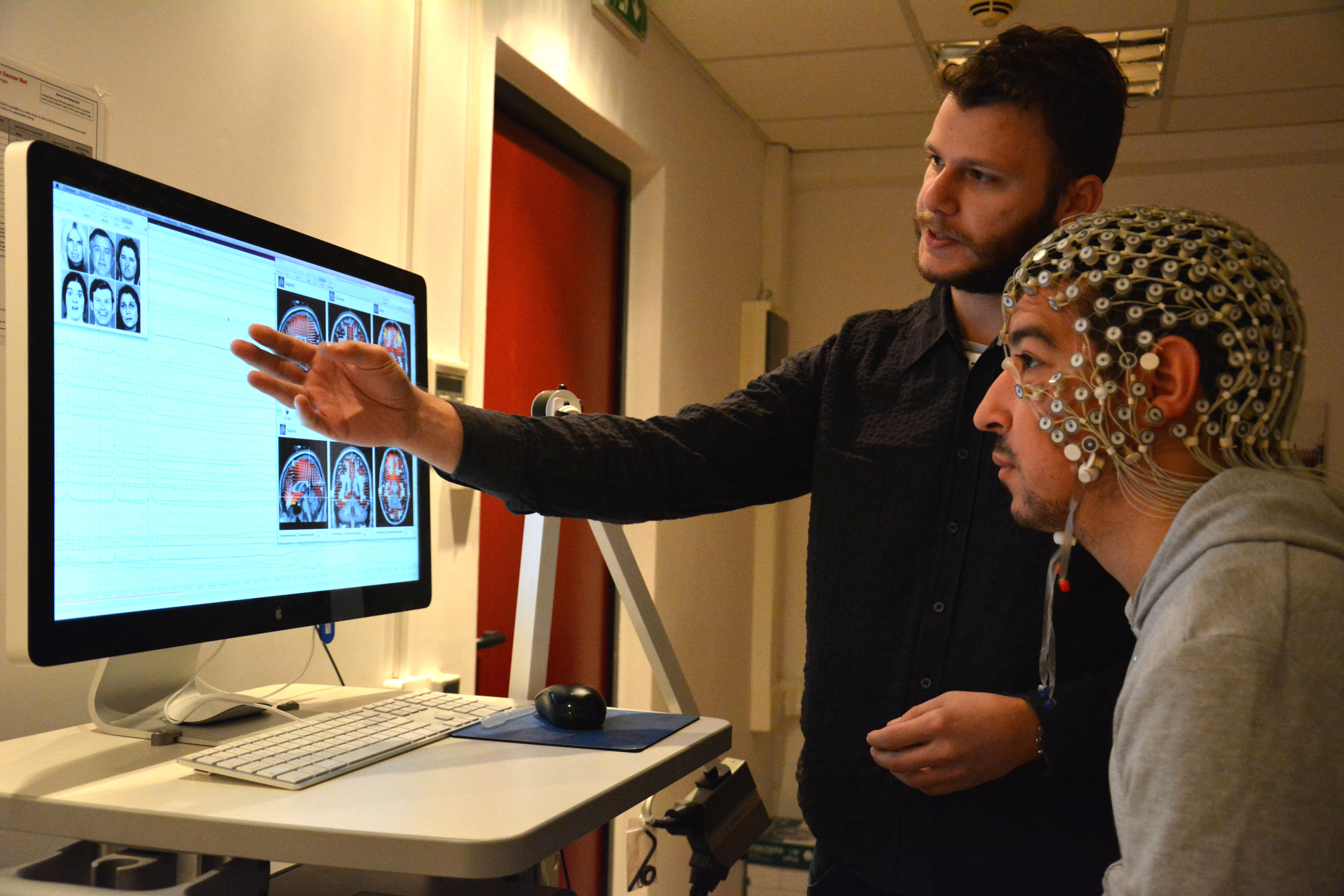 In which way all these results help you address the disease in the future?

One has to think that 1 out of 20 elders over 65 is being affected by Alzheimer's disease and 1 in 2 people over 85 suffer from the disease. Unfortunately, to date there is no existing medication to inhibit the progression of the disease. Therefore, early diagnosis of Subjective Cognitive Decline and the application of tests that will show us from the beginning who will be developed into Mild Cognitive Impairment or Alzheimer’s Disease is one of the greatest challenges currently in Alzheimer's research. The development of specific guidelines for an accurate and timely diagnosis using specific biomarkers based on the knowledge about the causes of Subjective Cognitive Decline, will contribute towards to the improvement of the mental state of the elderly population over time. The findings of our study demonstrate that by using advanced neuroimaging techniques, we can get information about brain function and those areas that are more susceptible to the early stages of the disease, with the ultimate goal of slowing down the progress of Alzheimer’s Disease pathology.